A lot has been said about the scarcity of women leaders in the tech startup world.  As the lone woman in a tech startup company*, it’s a subject that fascinates me both personally and professionally.

Working with iDoneThis, I have long noticed that there are vastly more men than women in the startup world.  Often, the individuals who can exert great influence over your startup’s future are men.  The people you network with, get advice from, collaborate with and befriend are also men.  And once in a while, the people you have to say no to, who you have to argue with or tell something they don’t want to hear, are also men.

This intimidates me, but I’m not entirely sure why.  I’m not intimidated by law, medicine, corporate business, or any other traditionally male-dominated career paths.  Could it be that I never had any role models in tech?  I decided to ask leading women in the tech startup world this simple question:

What woman in tech startups do you look up to, and why?

I got an immediate flood of responses from CEOs and founders who were eager to applaud and promote other women startup leaders.  Their responses were personal, insightful and full of pride at other women’s achievements. “Katie Rae, Managing Director, TechStars Boston. She’s brilliant, funny and patient. No, strikethrough “patient,” she is a saint. She kicks ass and has made TechStars Boston into something truly epic, capturing the attention of even aloof elements of Boston’s startup scene. She knows how to apply just the right mix of nurture vs. beat up to struggling entrepreneurs, and can hold them to high standards even while building up their spirit. She has saved my ass too many times to count.” “I look up to any and all female founders because I know how hard it is to start something and grow it.  Some of the women in technology that I idolize are Sheryl Sandberg, Marissa Mayer and Meg Whitman.  They are all power women who are continuously challenging themselves and others.” “I look up to Chantel Waterbury, founder and CEO of chloe + isabel because she not only built an accessories brand from the ground up, but also built a company that uses a direct sales model to provide opportunities for young women to learn and run their own businesses.  She’s recruited a rockstar team, fostered a supportive culture, and created a beautiful product — all in all she’s an amazing CEO who I fiercely respect.” “I salute Sheryl Sandberg and Marissa Meyer for crushing barriers and at the highest levels. I admire and am in daily awe of Jen Pahlka at Code for America for believing in the power of technology to solve large problems — and helping others make that happen. I seek advice constantly from Janice Fraser, who is introducing the world to the concept of “Lean UX”. I LOVE female founders who turn personal experience into a true solution — women like Melinda Wittstock of NewsIT; Tereza Nemessanyi of HonestlyNow; Ellie Cachette of ConsumerBell. And I am enormously grateful to the women who work so hard to empower other women: Rachel Sklar of ChangeTheRatio and TheLi.st; Whitney Johnson of Dare.Dream.Do.; Amy Millman and Kay Koplovitz of Springboard Enterprises. And finally, I look up to the strength, persistence, creativity, and vision of the woman I am privileged to call my co-founder, Rachna Choudhry.” “I’ve never met Carol Realini of Obopay, but I really admire women like her that are pioneers paving the way in traditionally male-dominant industries like finance & tech. On top of that she started her entreprenuerial path over three decades ago— pretty bold if you ask me!” “I look up to every woman who has ever started, worked in, led and grown a tech venture – because I know firsthand what it takes generally, how much more it takes when you’re female (no, it’s not a level playing field), and I admire every single woman who has ever gritted her teeth, pursued her vision, battled through every obstacle, and said, ‘I’m going to fucking well show them.’” “My first thought is Ann Winblad, because she has been a VC for so long (before the chit chat about the lack of women in tech receiving funding), and was such a believer/supporter of us … She’s such a rock star, and yet when you chat with her she’s always genuinely interested in your business and eager to help.”

“I really look up to Cher Wang, she is the founder of HTC and she actually spear headed the effort to use Android as the platform for HTC phones. I think it’s rare that you see a woman running a hardware company especially in the mobile industry … I am also a big fan of Julia Hartz who founded Eventbrite.  She is married to her co-founder and I think people really underestimate the power of having founders who are married/related to one another.”

“Rashmi Sinha, CEO & Co-founder of Slideshare.  Rashmi built the most successful platform for professional content sharing with a small team and only $3M in investment. Her 6 year old company was  acquired earlier this year by Linked in for $199M; a mere four months after she and her Co-Founder husband gave birth to twins. Her balance of professional and personal success is beyond inspiring.” “Mine is, of course, Marissa Mayer. I’ve been a fan of hers since seeing her speak back in 2004, long before she became Google’s poster girl. The engineer behind some of Google’s most dominant products, she also developed as a business woman until she truly represented the whole package.” “I’ve been very fortunate to work with several extraordinary women who have given me a lot of inspiration.  Audrey M. Roy, Esther Nam and Jessica Stanton, who are brilliant programmers and community leaders, as well as Angie Chang, founder and editor-in-chief of Women2.0. They are role models not only for myself but for countless other women and are people whom I deeply admire.”

“We really respect the work that Halle Tecco, founder of Rock Health, is doing. Rock Health is a seed accelerator program for health tech startups, and is enabling significant innovation in that space. Because of Halle and the wonderful team she works with, revolutionary healthcare ideas are getting the support, partners, and mentorship they need to become game-changing companies. Halle is a true visionary.” “Caterina Fake, the master of pattern recognition. With Flickr and then Hunch, she was first to market with products that harness consumer enthusiasm for human connection via technology … The late, great Michael Dertouzos of MIT wrote that the Web is just one big, Greek marketplace. Caterina’s gotten that from the beginning, delivered two successful multi-million-dollar exits for her investors, and taken the time to advise many other women entrepreneurs along the way. That’s my definition of a rock-star entrepreneur.” “Having worked in the startup world, then going to Corporate America and coming back to the startup world, I’ve come across many smart women in my path.  When I worked in Big 5 Consulting, although it was corporate America, running your own consulting projects, teams of people across the country was like being an entrepreneur even in that environment.  I had two great women mentors there that showed me how to work hard, manage people and most importantly, ethics. With them, it was never women vs. men mentality and I’ve always lived that philosophy. They taught me about “no fear” and the art of presenting.” “Halle Tecco, the co-founder and CEO of Rock Health, is one of the female leaders in digital health I look up to. Halle strongly believes that startups can revolutionize health care and has created a fantastic platform to empower entrepreneurs to do so.”

“I look up to every woman who has made (or is making) the jump into realizing she is an entrepreneur.  Regardless of gender, there’s always self-doubt and insecurity and women in particular tend to sell themselves short.  It really inspires me when I hear about a female founder launching an idea and changing the world.  It shows the younger generations that tech start-ups are not just for the boys, girls are winning too.” 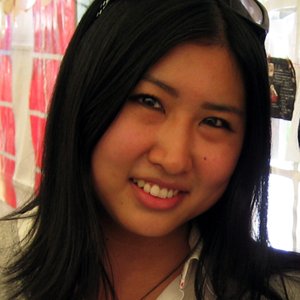 “Leah Busque took the idea of an online marketplace for errands, built the first website herself (she is an engineer, after all) and grew the startup business over the last few years. Today, she is reknown for creating thousands and thousands of jobs through TaskRabbit. That’s a really great feat. I also greatly admire other technical women who have founded startups: Mary Lou Jepson who used to be CTO of One Laptop Per Child and now runs Pixel Qi, Cathy Edwards who co-founded and was CTO of Chomp until it was acquired by Apple earlier this year, to name a few.” “I have learned over the years that it doesn’t pay off to ‘look up’ to anybody – you shouldn’t waste any energy on trying to be like somebody else. Rather use that energy trying to figure out what your own talents are and how you can best use them to the max!
But I am very proud at women such as Marissa Mayer and Sheryl Sandberg for what they achieve and the role model they play for ambitious women all across the globe.”

What I didn’t expect when I sent out this survey was the amount of support each of these women showed for my own efforts to create this blog post.  Every answer I got was personal and enthusiastic.  Many showed genuine interest in what I did at iDoneThis, my position as the Chief Happiness Officer and my desire to promote women in tech.  Those who couldn’t participate wrote back personally to express their regret.  Some went out of their way to collect answers from other women in their company.  Some offered encouragement and kind words for my endeavor.  I even received invitations to women in tech events.

All this is to say, women really support each other in this tech startup world.  I never expected to send out a single question and be met with so much encouragement and support.