We host our blog on Tumblr, and it’s our third-largest source of social media traffic after Twitter and Facebook.  I asked my friends at Fitocracy for their stats (their blog is on Tumblr, too) and they reported that Tumblr was fourth after Twitter, Facebook, and Reddit, and it’s high-volume traffic as Fitocracy is doing several million pageviews monthly. For both of us, it’s in the top 10 of all sources of referral traffic.

With Tumblr, we’re talking about an enormous community — one of the largest on the Internet (rank 24 in the US according to Alexa).  Using Tumblr, we not only get a publishing platform, with it comes a huge source of persistent, repeatable traffic and signups for free.

That’s why Paul Stamatiou’s recent post, Startups: Don’t Host Your Blog on Tumblr, came off as missing the boat on what’s really important in a company blog.  It took a tech-centric approach (uptime, technical substitutes) to a question that’s really about user/customer acquisition and engagement.  Simply put, not hosting something, whether it be a company blog or a tumblelog, on Tumblr amounts to nothing more than a missed opportunity to reach internet scale. If only this was on our iDoneThis list every day!

In elementary school, I never showed my work on homework.  I tried to impress the teacher by going straight to the right answer.  On occasion — it’s embarrassing — I’d even erase my work and write the answer on top. END_OF_DOCUMENT_TOKEN_TO_BE_REPLACED

Getting up every morning and looking into the mirror, asking myself: ‘Do I like what I am doing?’ After every full day, I do the same in the evening. Whilst I write my next day’s to do list, I reflect on my achievements. And by doing this, I also try to listen as good as I can how much fun and fulfillment I have gotten. If there are too many days in a row that I can’t answer with a loud ‘Yes’, something is up – I am not happy. And I aim to change things around sharply. Very sharply sometimes.

Steve Jobs via leostartsup (h/t to our blog reader, M. Kelley, who shared this excellent quote with us!) We recently were lucky enough to Skype with Jennifer Yen, Founder of pūr~lisse, a line of skin products for sensitive skin. We love Jennifer for her feisty spirit. Not only is she a female entrepreneur, but she also used to be a Power Ranger! Check out our interview of her below as she shares her story and stress tips.

Jennifer, you have such an amazing story! You followed your heart to LA to be an actress for Power Rangers. Tell us how you went from Power Ranger to Entrepreneur.

It was a long time coming! My family moved to Alabama from Taiwan when I was five and opened a restaurant, so entrepreneurship and hard work was natural to me. I always wanted to be an actress, so when I moved to LA, my parents told me, “If you want something, you focus and you work for it.”

I loved acting — but it was not glamorous. Ultimately, the heavy makeup gave me terrible acne and tolled my self-confidence. Looking to fix my own problem, I turned to my grandmother’s time-tested skin remedies. This is how pūr~lisse came to be.

END_OF_DOCUMENT_TOKEN_TO_BE_REPLACED

Every milestone is an opportunity to attract attention to your startup because you have a piece of “news” — a new piece of noteworthy information that no one else but you has.

When you have something to announce, conventional wisdom says to go to the press and blogs with your story because they (1) have distribution and (2) are expert in crafting a story.  In the past, we’ve offered nuggets of news to journalists as exclusives, and we’ve gotten written up by Betabeat and The Next Web this way.

However, we’ve recently experimented with writing our own story on our own blog, telling a narrative that’s personal and shows how we work behind the scenes, harnessing the power of social news for distribution — and that has resulted in our all-time one-day high for traffic and 1,000+ signups, more than double the signups resulting from our press coverage.  Through that experience, we’ve learned the importance of writing your own story and turning transparency and narrative into a competitive advantage.

END_OF_DOCUMENT_TOKEN_TO_BE_REPLACED

“List Making is an Essential Human Activity” – and It’s Museum-worthy, Too! 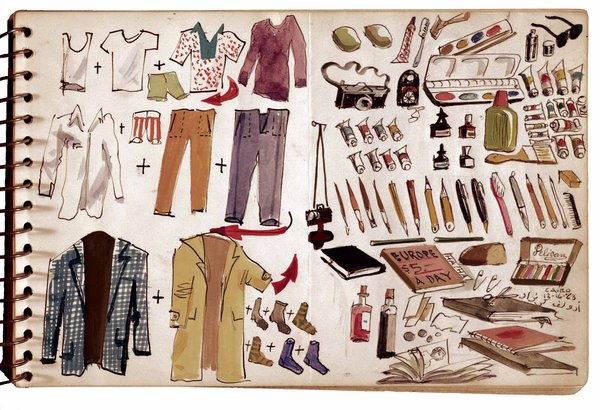 Ever wondered whether or not list-making is for you? Well, The Morgan Library and Museum‘s current exhibit features lists – “lists of bills to pay, things undone, failings in oneself and others; lists of people to call, stuff to buy, errands to be accomplished” –  from the most ordinary of business owners to the artistic and crazy Picasso.

END_OF_DOCUMENT_TOKEN_TO_BE_REPLACED

8 Bad Habits that Crush Your Creativity And Stifle Your Success iDoneThis is a new webapp that takes your goals and habits you want to build, reminds you to work towards them daily or weekly (you can choose), and puts you on a virtual team of people with similar goals so you can work together, support each other, and know you’re not alone. John Lennon’s to-do list varied from meeting guys with HBO, to buying marmalade, to errands around the house.

Even rockstars get stuff done! We wonder how he recorded his accomplishments.